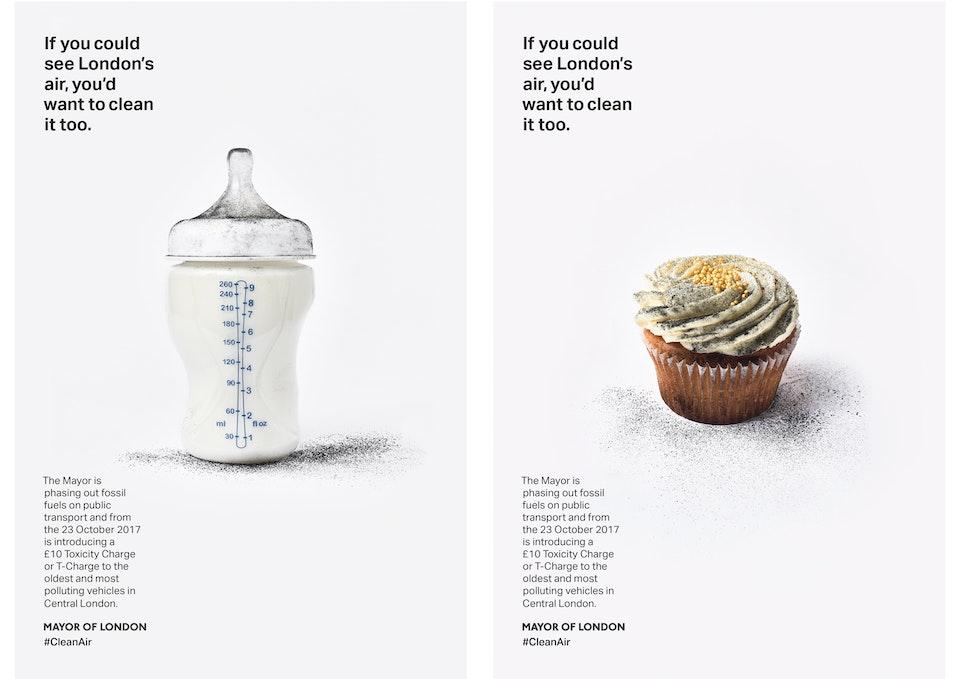 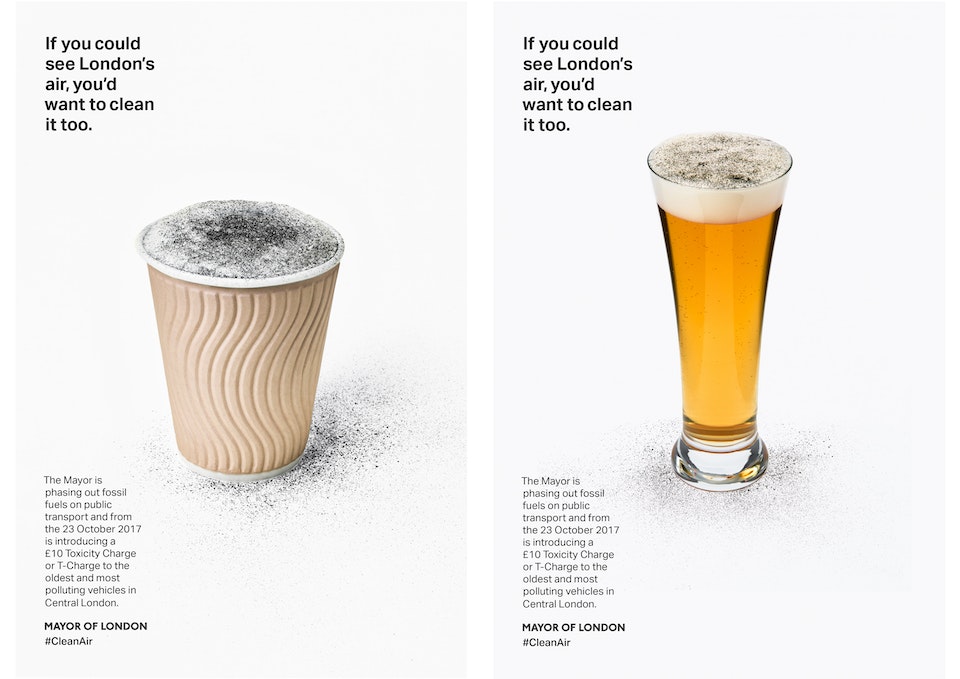 A campaign for the Mayor of London to launch the Toxicity (T) Charge for the most polluting vehicles in the Capital. The idea was to provoke a visceral reaction to the problem in order to give the campaign real cut-through. It ran as posters on the Underground and in social media. Picked up by the press, who described it as ‘gross’, the campaign achieved record numbers of visitors to the GLA website.